On April 9, ExoAnalytic Solutions tracked what appears to be a medium sized piece of debris separating from the Intelsat-29e satellite. 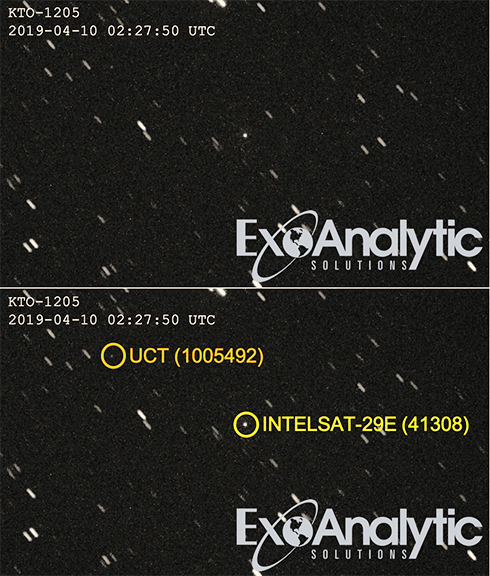 This event follows a similar event from last month wherein two objects separated from another Intelsat satellite, Galaxy-11, which had recently began drifting westward from its geostationary slot at 45 degrees East.